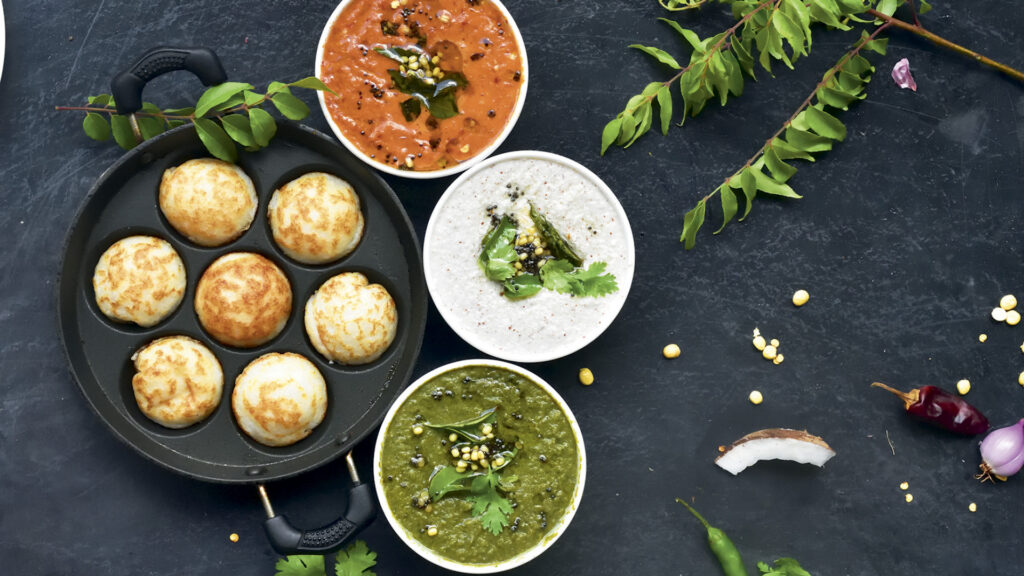 7 Dishes In Coimbatore That Foodies Don’t Want To Miss!

With hearty, homestyle flavours and
time-honoured ingredients as the pillars
of Coimbatoreʼs cuisine, itʼs no surprise
the food here expresses the cityʼs most
delectable traditions.

Also known as Koval, Coimbatore is part of western Tamil Nadu’s Kongunadu region, where native ingredients such as fresh turmeric, dried coconut, and local rice varieties define what’s on your plate. Check out these seven dishes that are a delicious blend of uniquely Kongunadu flavours and regional staples. 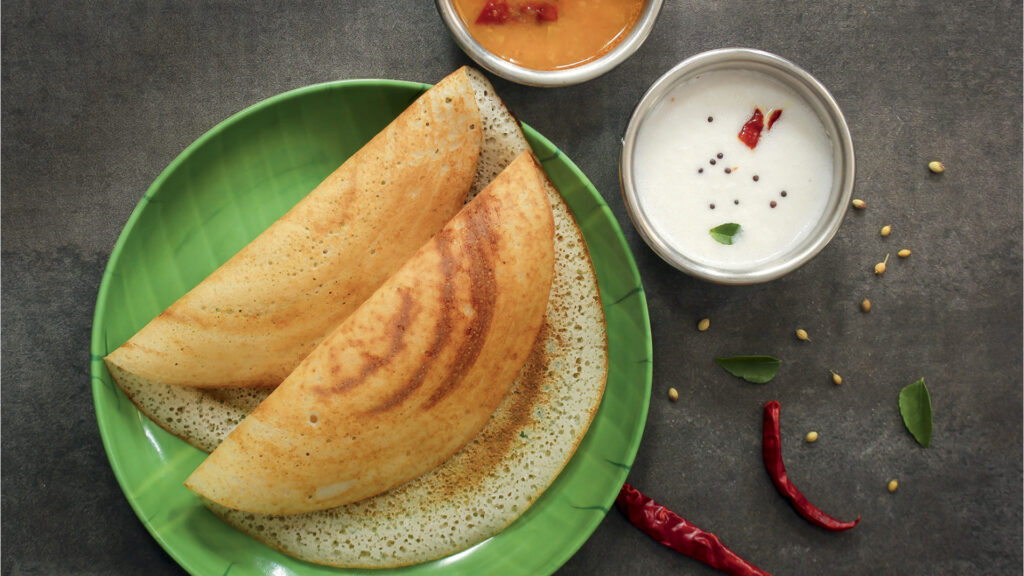 You know it’s going to be a good day when it begins with a fresh-off-the-griddle dosa, paper-thin and crisp as the summer sun. Bonus points if it’s doused in ghee and folded into a towering cone. Coimbatore’s menus are packed with roast dosa options: onion, potato masala, rava (semolina), and more. Whatever your pick,
scoop it up with tangy sambar, coconut chutney, and green coriander chutney. Try it at: Sree Annapoorna, an iconic eatery with several branches across the city. 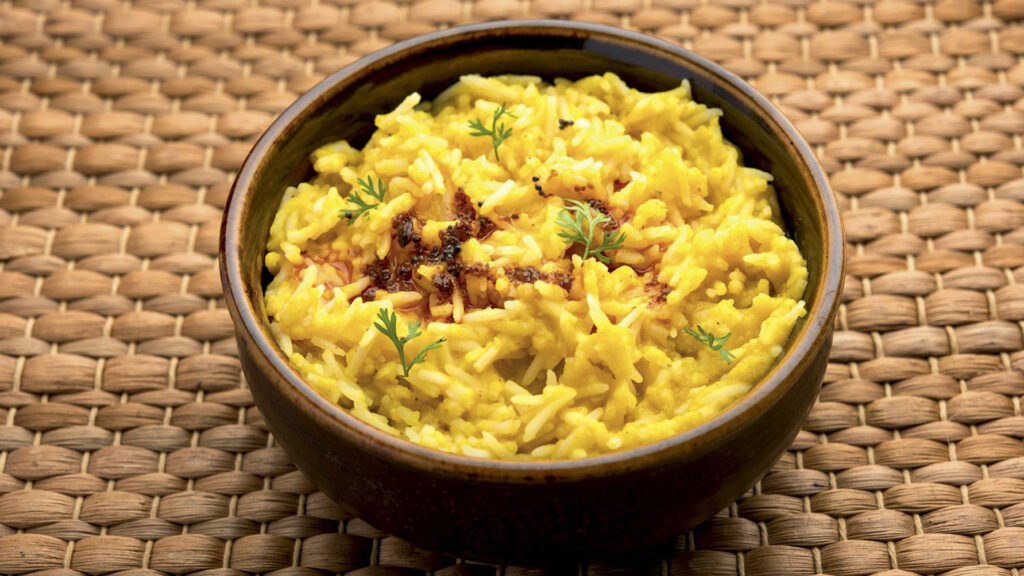 A homestyle rice-and-lentil dish, this age-old recipe is a quick one-pot creation found in most homes, often served with rasam, pickles, papad, and curd. After a long day, a meal of rice and toor (pigeon pea) dal tempered with mustard seeds, onions, and garlic is like a warm hug in a bowl. Try it at: Pavizham Restaurant, known for its simple, hearty fare. 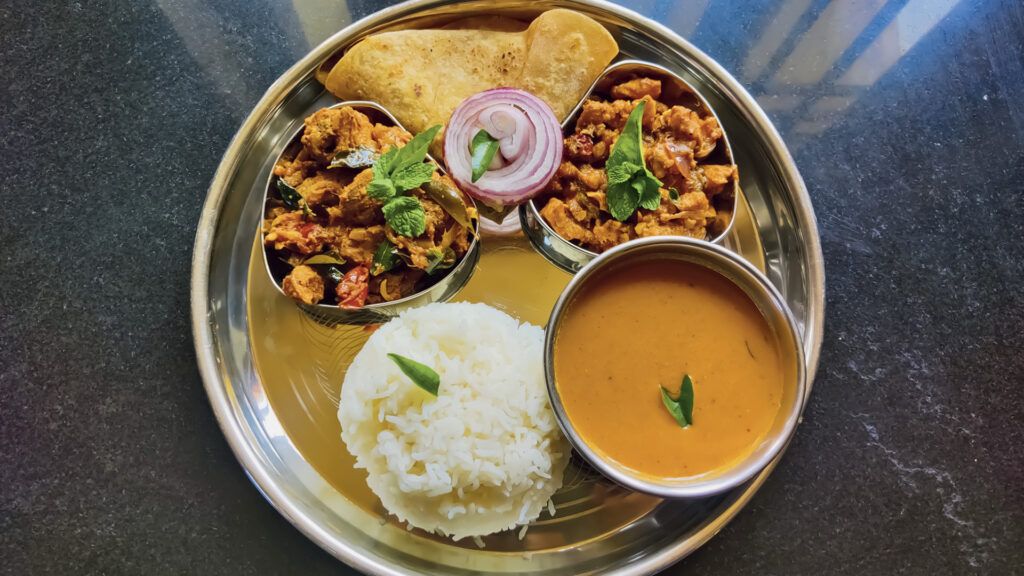 A Kongunadu speciality from the town of Pallipalayam, this traditional dry chicken dish packs a punch. As is typical in Kongu cuisine, the meat is never marinated. The dish champions local ingredients. Chunks
of chicken are fried in minimal oil with shallots, garlic, chillies, and ribbons of coconut. Best paired with rice and rasam for a wholesome, snooze-inducing lunch. Try it at: Haribhavanam, known for serving Kongunadu cuisine. 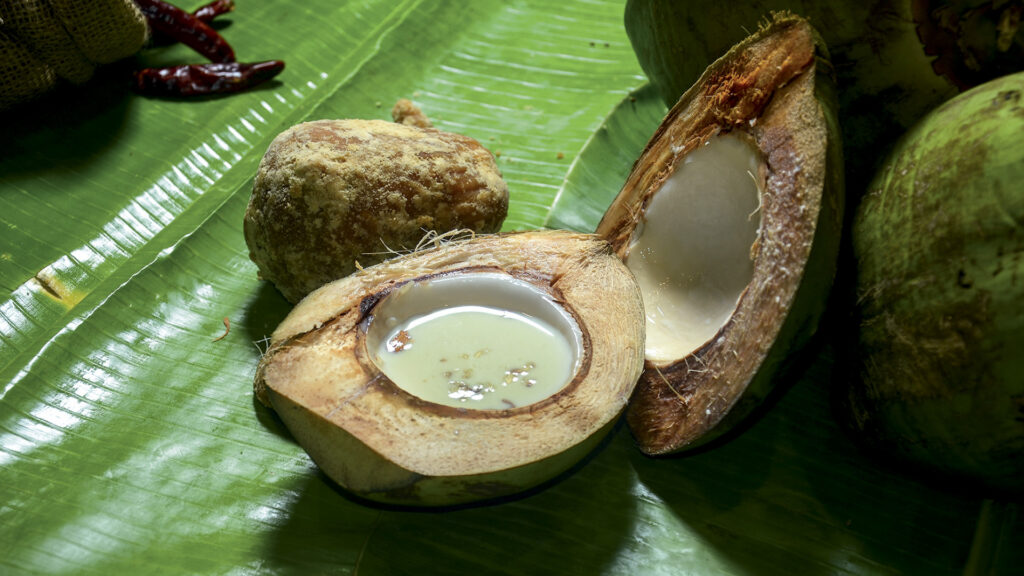 Arguably, nothing rounds off a meal as perfectly as a silken payasam. Did you know that, traditionally, payasam was served at the beginning of a typical banana leaf meal? There are many varieties of this dessert—some flavoured with cardamom, others with crushed pistachios and crunchy vermicelli. The indulgent elaneer payasam features the star ingredient of Kongu cuisine—the coconut. ‘Elaneer’ means tender coconut water, and this payasam uses the coconut’s flesh and water
to create a wholly unique local delicacy. Try it at: Shree Aksshayam,
a fuss-free eatery in the city.

A tasty snack that’s ubiquitous across multiple South Indian states, paniyaram are steamed rice-and-lentil batter dumplings served at numerous street food stalls. Eaten as a light breakfast in the mornings or at teatime in the evenings, the pillowy rice balls are lightly crisp on the outside and are served with piquant chutneys. Available as savoury versions with veggies or as sweet, jaggery-flavoured treats.
Try it at: Sri Krishna Tiffin Room or the many street food vendors across the city. 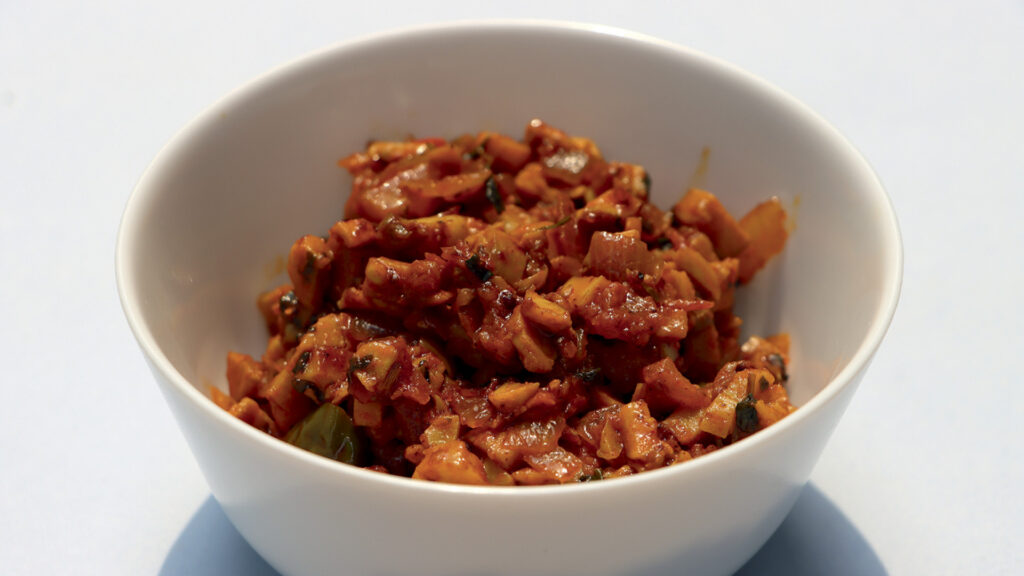 Among Coimbatore’s many street foods, this unique dish holds immense nostalgia for locals. ‘Kaalan’ means mushroom, but that’s
just one element of this iconic snack—a mishmash of mushroom
and cabbage, deep fried and served in a saucy, tomato heavy gravy, topped with a garnish of chopped onions and grated carrot. It’s a hot and spicy delight! Try it at: Street food stalls offering kaalan appear each evening across the city. 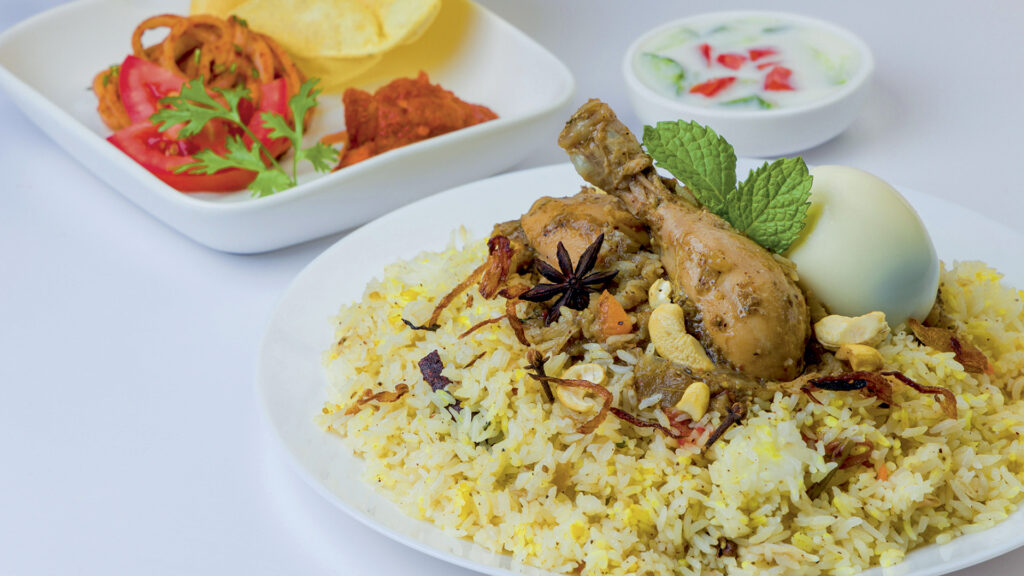 Order a ‘white biryani’ in Coimbatore and you’ll be served a flavourful plate of pale-hued rice cooked with succulent pieces of mutton or chicken. Kovai’s Kongu-style vella biryani is the mild cousin of its fiery counterparts from other regions. This unique biryani stands apart for the minimal addition of spices and the use of local, short-grained seeraga samba rice, as opposed to long-grain rice used in other biryanis. Try it at: Valarmathi Mess, known for its varied offerings.