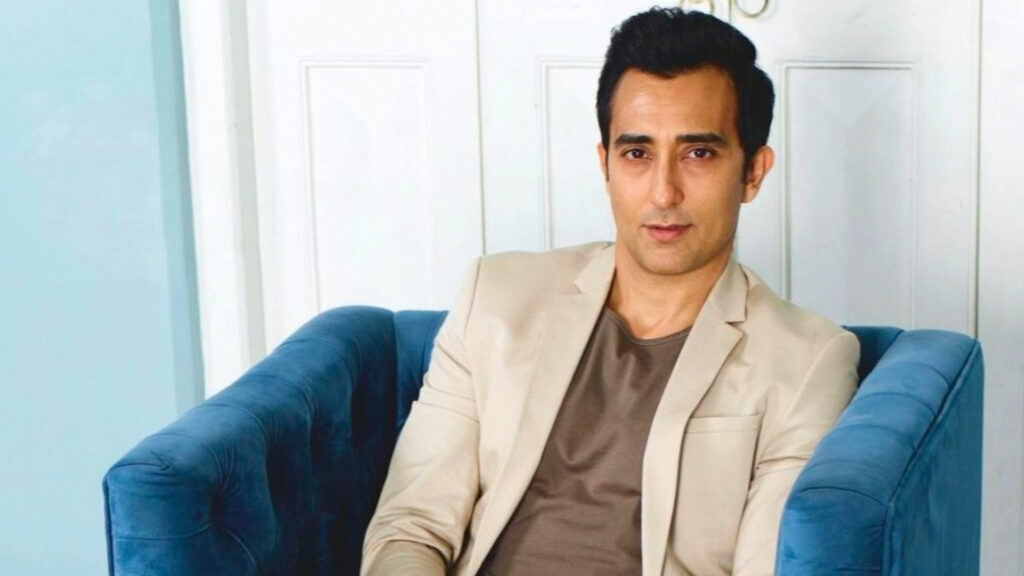 Trends come and go but Rahul Khanna remains constant as the embodiment of true style. In a chat with us, he talks about his design aesthetic, approach to life, and the new men’s accessories line he’s just launched.

I’ve always had an artistic point of view about what I like and don’t
like, what makes me feel good versus what doesn’t. Some people are sound-oriented or tactile. I am a visual person. In fact, if you speak with school friends of mine, they will tell you I was the most boring dresser! “Why are you always in the pinstripe shirt and khakis? Wear some colour!”, they’d say. As I grew up and began working in the entertainment industry, I interacted with many stylists and wardrobe designers. These people came with an incredible wealth of experience, points of view, and expertise. And I must credit them for refining my eye and helping me develop my own style. It was akin to watching an artist work. In the initial years of my career, I mostly worked outside India. As such, my first interaction with stylists was in New York City and Singapore, and these people contributed a different sensibility to my world view.

I didn’t start off thinking about that term. As the years went by and when I was travelling, especially abroad, at dinner parties, I’d be introduced as ‘an actor from India’. People have that image of an
actor in Bollywood who does five films a year. I didn’t feel like I fit
that stereotype. I’d heard of the term ‘boutique’ being used for niche hotels and investment firms and, one day, I just used it at a dinner party, saying, “You know, I’m more of a boutique Bollywood actor!” Everyone burst out laughing. I seemed to have gotten the point across. Then, I continued to use it because it got laughs every time. 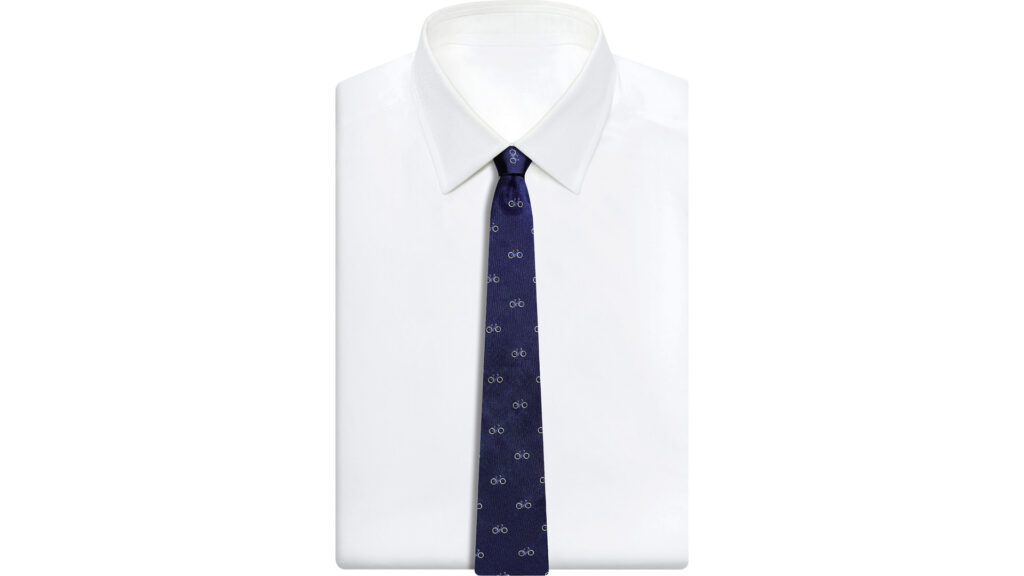 The whole RKXC collection was inspired by my own set of accessories. While I don’t own too many, everything in my drawer is something I really love. Many years ago, in New York, my friend gifted me one of her late father’s prized possessions. It was a beautiful, navy blue, silk Christian Dior tie from probably the ’50s. And it looked brand new! This was a tie he had received from a loved one and worn all his life.
It had history—a story behind it. And it’s still my favourite tie from my collection. When I launched this men’s accessories line with Chokore,
I wanted all our products—neckties, bowties, and pocket squares—to have a similar feel.

The collection’s ties are all made in Italy by a manufacturer who specialises in ties for luxury fashion houses. If you take care of them, they will last a lifetime, if not more. And as the designs are not over the top, they will always be evergreen and in style. That was important to me. Where do you go for that one perfect black tie? We have it. And if you treat it well, it will be the last black tie you will ever have to purchase! We have linen and silk pocket squares, all made in India. We’ve used Eri silk: it’s stunning and very Indian, crushes beautifully, and looks a little matte. Eri silk production is a cottage industry and is dominated mainly by women. They don’t harm the silkworm so it’s humane. And that has a nice story to it, which appeals to me. 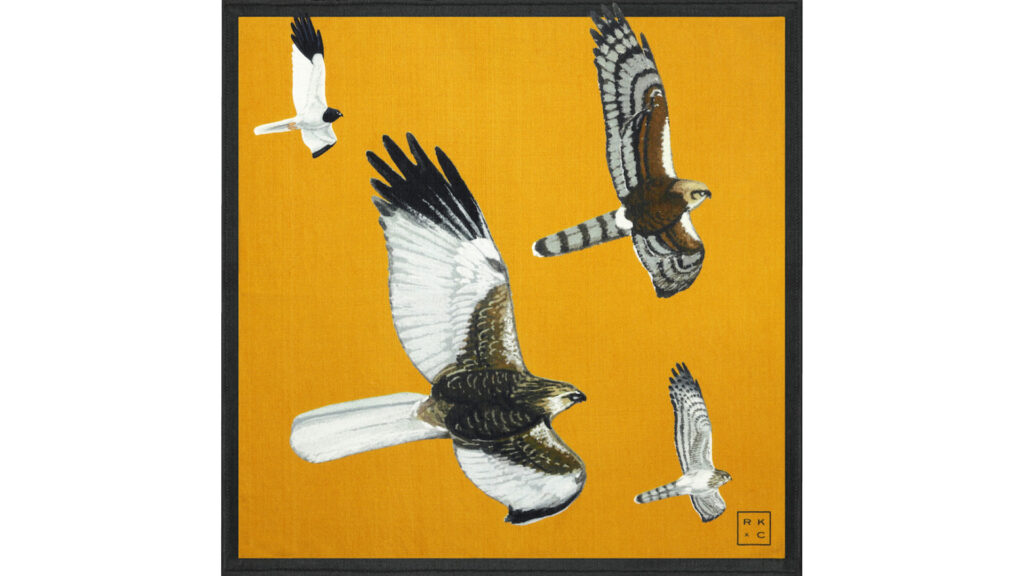 We started conceptualising the collection in 2019, and then the pandemic hit. We were all locked down in different cities and had
a lot of time to play creatively. I wanted each piece to have a story, even if it’s just a line. Where Eagles Dare is a film starring Clint Eastwood that I watched as a kid and I named the pocket square featuring eagles after it. Some of the pocket squares flaunt motifs reminiscent of destinations like Agra and Gulmarg, and I named
them after these places. ‘Jaali Good’ was just… I couldn’t think of another name! It features a filigree pattern and I wanted it to be fun! Then, we have a brown tie that’s called ‘85% Cocoa’ because that’s my favourite chocolate!

A Taste for Fashion

Sometimes, style can be passed down generations. If you’re passionate about fashion and design, the people in your orbit, children included, can be influenced by it. I don’t know if it’s in your DNA—don’t ask me the scientific stuff! As for heirloom pieces, I’d like to pass down any of my ties and pocket squares for sure.

I don’t like anything ‘extra’. I like clean, spare, and sparse spaces. To me, the nicest aesthetic is a home that’s just been moved into. Before people clutter it up, I like that half-bare look. Where things are open. Having said that, I also appreciate things that are beautiful and have a story to them. I used to buy art but nowadays, I rarely find the need to add more things. I feel like I don’t have the space for it and if I do buy something new, it’s usually as a replacement for something else.

My advice to anyone out there is just be yourself. That’s what people will respond to most. I look at someone’s Instagram and can immediately tell when someone else is operating it. I prefer accounts where everything isn’t perfect, but you can tell there’s a lot of the individual’s own personality in it. Essentially, it just has to be ‘you’.

My Kind of Wanderlust

If I’m not travelling for work, I like to go to places and just vegetate, have meals, and meet friends. I’m not big on sightseeing. I do like to go to certain museums like the Tate Modern in London and the sprawling Metropolitan Museum of Art in New York City. Apart from that, I don’t like too much activity.

The Amangiri in Utah is on my wish list! All minimal and amidst nature, boulders, and rock—it looks fantastic!

The Secret to Staying Relevant Through the Years

I’m figuring it out myself and looking for fun, creative things to do. As an actor, you’re always looking for your next adventure—that’s the mindset. The whole point of being in the creative industry is to enjoy it. The constant quest for joy is what I seek!

I have a movie coming up this year called Lost, which is directed by Aniruddha Roy Chowdhury, and it was filmed in Kolkata and a small village in West Bengal. It’s an investigative thriller and I’m really looking forward to it!

Related: An Exclusive Interview With Actress Shenaz Treasury On All Things Travel